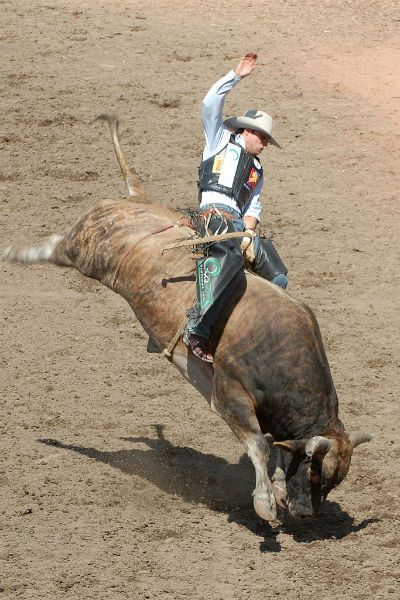 The first quarter of 2018 provided a jolt to investors that were getting used to low volatility.  Financial markets began the year on a tear; at one point in January, large U.S. stocks were up 8%. Then came February, which ushered in a 10% drop. Stocks rebounded through the first half of March, only to drop again heading into the end of the month.  By the time markets closed on March 29, U.S. stocks had swung to a loss of about 1% for the quarter. Developed international stocks also recorded a loss of about 1%; that left emerging-market stocks as the sole bright spot, with a gain of about 2.5%.  It has been a wilder ride than we have seen in a while.

Most investors would agree that the low volatility, consistent march higher that has persisted for several years now, has been way more fun to watch.  However, from a long-term value investor’s perspective, it has also been a bit unnerving.  Ultimately, “markets” are simply a mechanism to record the price that a transaction occurs at between a willing buyer and a willing seller.  I want to sell my Facebook stock that has gone up in value since I bought it.  You want to buy Facebook, because you think it has further upside potential.  We agree to a price; the transaction is facilitated, and the price of the deal is recorded.  For that moment, we set the trading price of Facebook stock.  Then two other folks come along, and they agree to a trade at a higher price.  The buyer in that transaction was more eager than the seller, so they could only agree on a price that was higher than our trade price.  This happens over many transactions.  In fact, Facebook trades on average, over 37 million shares per day!  All those transactions create a constantly updated “stock price”, as investors adjust what they are willing to buy or sell shares at, based on the news of the day.

With any company, there are many factors that go into estimating what the company might be worth.  Labor costs, inflation, supply disruptions, competitive pressures, war, trade wars, natural disasters, terrorist attacks, etc.  Individual firms are also at risk of scandal.  Facebook’s CEO, Mark Zuckerberg was hauled in front of Congress recently and maligned by political representatives for releasing private data about their users.  The revelation also focused many uninformed users on the remarkable breadth of data they have been handing over to Social Media sites and how that data could be used.  It is now clear that the regulation of Facebook’s business and the industry, as a whole, is likely to become more intense, both here and abroad.  This will impact profits at the company and thus the value of the firm’s ownership shares.  Transaction prices trended lower as this news became apparent.  There was also a lot of volatility in price due to concerns that the notoriously media shy CEO might be coerced into saying something dumb that would create legal liability for the firm.  There was also concern that he might agree to concessions in Facebook’s business practices, that would be costly to the firm.  There was real risk in these scenarios and it created a lot of differing opinions.  With these disparate opinions came an ebb and flow of relative eagerness on the part of buyers and sellers of the stock.  This “volatility” in the price of the stock, in my opinion, is good.  Nobody can predict the future.  Nobody knew what words were going to come out of Zuckerberg’s mouth or what questions would be hurled in his direction.  But, decisions were made based on best guesses of the risk/reward tradeoff during the Congressional testimony.

While not as public or dramatic, this is the type of horse trading based on opinions and forecasts that should be occurring across the market in all securities.  It is healthy and normal.  We had been accustomed to a stock market that kept marching in one direction, despite having many things to worry about and despite lacking in a commensurately strong fundamental economic back drop.  This isn’t healthy, as it makes investors complacent and thus paying less attention to a realistic assessment of risk and opportunities in deriving the price they are willing to transact at.  The volatility of this first three months of the year is no fun as an investor.  But, I believe it is healthy in a normal market and it gives me more faith that the transaction prices being recorded are more rationally agreed upon.

We have witnessed in the dot.com bubble and the real estate bubble, what can happen when investors stop trading based on real risks then get blindsided when low probability bad stuff happens.  Going further back in history, we can also observe periods in the market when all was assumed to be terrible forever, leading investors to miss out on tremendous opportunities as companies rebounded and grew out of slumps.  These extremes are the natural result of the human condition.  Our brains are hardwired with fight or flight instincts that lead to obscure bias and prevent us from always making rational decisions.  This bias and irrational short-cut-oriented thinking is evident in market transactions, politics and sociology.  We are all prone to these issues, even when we are looking for them.  To counter our bias, we try to assess our portfolios using historical data as a ballast.  We also maintain three regularly updated scenarios consisting of our Bear Case (bad stuff), Bull Case (all good stuff) and our probability weighted Base Case.  It is an imperfect approach and it is a resource intensive process, but we believe that it keeps our decisions grounded.  We struggle constantly with weighing the risks with the potential rewards.  It is actually good to see the market starting to do the same, after a long hiatus on auto-pilot.

The Bull Case scenario has been enhanced by the recent tax cuts, which constituted a significant windfall for corporate profits.  At least in the short-term, companies will see a large reduction in their tax liability, which frees up cash flow for executive compensation, employee bonuses, business investment and eventually stock dividends and share repurchases (buying up their own stock).  This is a tail-wind to the market.  The Bear Case added some new risks that weren’t previously incorporated in our five-year time frame.  The Trump administration is floating tariffs and trade restrictions ahead of more substantive negotiations. This strategy is particularly volatile, and the players involved are not seasoned, which raises the risk of a negative result. There is also political risk associated with the Russia investigation, which is coming closer to a close.  The results and consequences remain unpredictable, but we can’t just ignore it because it involves politics.  Recent developments are a factor in the development of our Bear Case as it relates to market valuation, since valuation multiples are subjective and somewhat correlated with sentiment.  The Federal Reserve is continuing to raise interest rates, but the recent stimulus from tax cuts and increased government spending raises the risk of inflation.  The Fed is mandated to control for inflation and is signaling that they are likely to be more aggressive in raising interest rates to combat rising inflation.  This increases the risk in our Bear Case scenario that valuations decline to reflect higher interest rates going forward.

On net, we are positioned for further volatility and the likelihood of lower equity returns as the markets ride out what is already a longer than usual economic cycle.  We also remain defensively positioned in our equity allocation and tilted in favor of more attractive foreign market valuations. The valuation of the S&P 500 Index is well above our estimate of its fair-value range on a normalized (longer-term) basis. We expect valuations to come down, which would be a drag on total returns, regardless of further gains in profits from stimulus activities.  With the pressure of rising interest rates, we are less favorable on the prospects for traditional bond investments and have shifted allocations toward more absolute-return-oriented bond portfolios.

As always, please let me know if you have any questions about your specific portfolio or our allocation decisions.