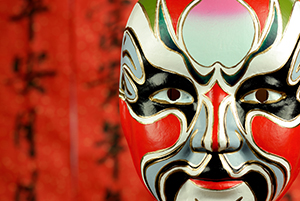 Global markets dropped in the month of September, marking the first interruption of the bull market trend in stocks. Large US Stocks dropped 4.7%, developed international stocks declined 2.9% and emerging market stocks dropped 4%.  For the third quarter period, US stocks were up 0.6%, developed international stocks dropped 0.4% and emerging markets declined 8.1%.  The culprit behind emerging market stocks’ poor recent showing was China. The MSCI China Index was down 18.2% during the quarter.  Bonds were flat for the quarter and core bonds remain in the red with a decline of 1.6% year to date.  In the bond markets, core bond returns were essentially flat and yields were little changed for the quarter.

Last quarter we highlighted our view that inflation is likely here to stay, at levels higher than we have seen in the last thirty years.  However, we do expect the rate of inflation to drop significantly from the levels we are experiencing today.  Much of the recent spike in the cost of goods is related to one time supply disruptions and spikes in demand for certain goods, as a result of the pandemic.  We expect that inflation pressures will persist at a higher than trend rate through the rest of this year and likely through the first half of next year, due to a backlog of orders for many manufacturing components and raw materials.  Pent up demand during the pandemic, coupled with stimulus cash and transfer payments has driven up demand at the same time as supplies are constrained, leading to higher prices.  As consumers get used to paying higher prices, it does get psychologically easier for companies to pass on price increases in the future.  Tight labor markets, particularly in the lower income service sectors, are forcing businesses to pay higher wages.  We expect continued pressure from the few labor unions that remain in the US to push for higher wages.  We are also seeing a new phenomenon where ununionized workers are simply refusing to go back to work in jobs that require irregular hours and stressful working conditions.  This coincides with a populist political movement that is gaining steam in both US political parties.  It is further exacerbated by the wealth gap, which has reached unprecedented levels, leading to stagnant or declining average hourly wages, after adjusting for inflation, over the last four decades.  We expect that this will feed up the chain to middle income salary expectations as well, which sets the tone for higher inflation than we have been used to.  However, we do expect that inflation pressure will subside over the next couple of years without reaching alarming levels like we realized in the 1970’s.  We will continue to monitor inflation closely and adjust our views and positioning as needed.

We continue to be concerned about record high valuation levels in US stocks and growth stocks in particular.  Investors paying high prices today must be expecting unprecedented growth in earnings to justify the prices being paid.  It is hard to see how such growth prospects could be met without triggering high inflation and higher interest rates, which are negative for stock valuations.  We don’t believe that “this time is different.”  When we invest in stocks, we are not buying a fixed asset.  We are buying ownership in a company that is expected to pay future earnings to us as dividends or to reinvest those earnings into assets that we can place a claim on.  If we overpay for the ownership today, it is going to take much longer to recoup our investment from future growth.  Historically, this imbalance has been corrected with downward revisions to the price at which we can exchange our ownership to someone else (stock price).  We continue to slowly exchange high valuation stocks for more secure assets, with the expectation of buying cheaper stocks in the future.  High valuations, themselves, do not trigger market declines.  Instead, there is usually some unpredictable catalyst that causes investors to reassess their eagerness for paying higher and higher prices.  There are many potential catalysts to worry about, but they are unpredictable.  As such, we will prudently trim to reduce risk versus trying to time investor psychology.

Outlook for China and Emerging Markets

The most newsworthy event over the last quarter was the sell-off in Chinese stocks and concerns that it might start a trend for the rest of the world.  Sparking it all was investor concerns about excessive borrowing in China’s property sector.  In particular, one of the country’s largest (and world’s largest) property developers called Evergrande Group, faces a major default.  They have so much debt that they were unable to pay the interest on the debt, as the pandemic disrupted their normal revenue stream.  China is also clamping down on their ability to charge higher rents to prevent a widening wealth gap amongst its citizens.  The entire real estate sector in China is highly indebted, as borrowing was needed to fund tremendous growth in the demand for urban housing.  Investors have drawn comparisons to the 2008 Lehman Brothers collapse in the United States, which precipitated a chain reaction and led to the debt fueled global financial crisis.  We believe that those comparisons are unwarranted.  For one, we don’t see the same interconnectivity between China’s property sector and the global economy. In addition, a substantial portion of the average Chinese citizens net worth is allocated to housing.  The Chinese government does not want to deal with the political backlash that would be associated with allowing Evergrande to disrupt their financial system.  They also have the ability to prevent a large-scale failure, while putting pressure on the real estate sector to curb its debt levels.  We have already seen signs that China will likely step in and stabilize the company.  We believe that the risks will be managed and we are not looking to reduce our current allocation to emerging markets or China in particular.

When we allocate a portion of the portfolio to emerging markets, we take risk into account, and we expect a higher rate of return to compensate for the volatility of the investment.  We also take into consideration the positive diversification effect that we get from having an asset class that doesn’t move in lock step with our US investments.  It is uncomfortable to see a portion of the portfolio go down, while another portion of the portfolio goes up, but this lack of correlation is very helpful in smoothing out returns and lowering the overall risk of the portfolio through all kinds of market environments.  Last year, our exposure to emerging markets stocks helped portfolio returns significantly.  So far this year, the allocation has been a drag on performance.  Looking forward, we believe that low valuations and strong growth prospects justify exposure to this asset class and we expect it to be a positive contributor to long term returns.

As always, we thank you for your trust, and we welcome questions you may have about the investment landscape or your portfolio.

The views and opinions presented in this article are those of Shane Alsworth only
Investments are subject to market risks including the potential loss of principal invested.
Asset Allocation does not assure or guarantee better performance and cannot eliminate the risk of investment losses.
Sources: Morningstar/Ibbotson data, Ned Davis Research, BCA Research, Litman Gregory Research